Discover the Hidden Gems of Gozo: Uncovering the Island’s Complex Past

The Island of Gozo, located in the Mediterranean Sea, is part of the archipelago of Malta. Gozo has a very rich history, which surrounds you as you explore the idyllic island. We’ve put together a quick yet comprehensive history of Gozo so that when you travel here, you’re aware of the incredible history of the grounds you walk on. We don’t leave a stone unturned at Ellie Boo!

The history of Gozo dates back to the Neolithic period, where the island’s earliest inhabitants were the Għawdex people, a Neolithic tribe who lived on the island around 5200 BCE. They left behind a number of megalithic structures, including the Ggantija Temples, which are believed to be the oldest free-standing structures in the world. These temples were built from large limestone slabs and are considered to be an important example of prehistoric architecture.

In the Bronze Age, the island was occupied by the Phoenicians, who established a number of settlements and trading posts. They were known for their seafaring capabilities and they established trade routes throughout the Mediterranean. The Phoenicians also built a number of fortifications on the island, which can still be seen today. They were followed by the Carthaginians and the Romans, who also left their mark on the island. Gozo’s strategic location made it an important military base for these ancient powers.

After the fall of the Roman Empire, Gozo was conquered by the Arabs in 870 AD and remained under Arab rule until the Norman conquest of Malta in 1091. During this time, the island was known as “Gawhar” and its capital city, Victoria, was known as “Rabat”. The Arab rule brought new agricultural techniques and a new language, which is still spoken on the island today. The name “Gozo” is thought to be derived from the Arabic word “Ghawdex”.

In the following centuries, Gozo was ruled by different powers, including the Knights Hospitaller, the French and the British. The Knights, who were also known as the Knights of Malta, built a number of fortifications on the island, which can still be seen today. They also built a number of towns, including the fortified city of Victoria. During the British rule, Gozo was kept isolated and suffered a decline in population and economy.

In the 20th century, Gozo experienced a resurgence as tourism began to grow in the Maltese islands. The island’s natural beauty, historic sites, and traditional culture attracted more and more visitors each year. Gozo has become a popular destination for tourists, especially for those interested in diving, hiking, and cultural tourism. The island is home to a growing number of residents, who take pride in their island’s rich history and traditions. Today, Gozo boasts a thriving agriculture and fishing industry, and offers a variety of activities for visitors, such as boat tours, music festivals, traditional crafts and its well-known religious sites like the Basilica of Our Lady of Victory.

Gozo has a complex and varied history, from prehistoric megalithic structures to Arab, Norman, British and French influences. Each of these groups left a unique mark on the island, shaping its culture, architecture, and language. The island’s strategic location and natural resources have made it an important location throughout history. Gozo was long isolated, but today, tourism has made the island thrive.

Still, the island remains little known to much of the world, and is home to a tight-knit community that has managed to preserve its traditions and history, making it a unique destination in the Mediterranean. We’re incredibly lucky to live on this incredible island with so much history, and there’s no better home to enjoy it from than Ellie Boo Bed & Breakfast. Book with us today to explore Europe’s best-kept secret. 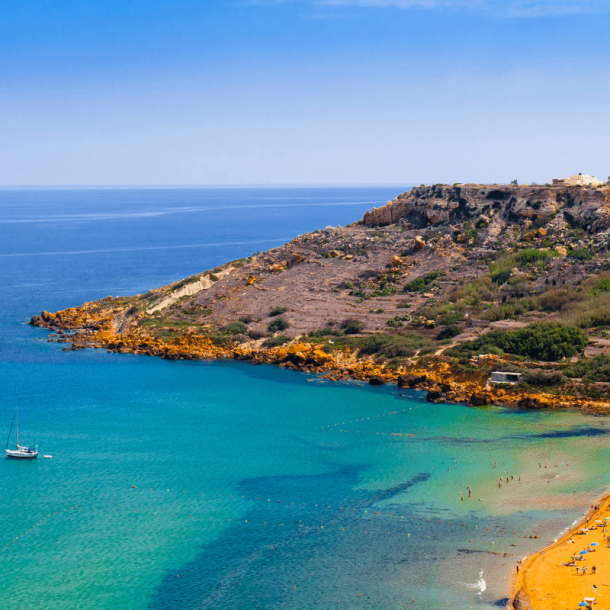 This website uses cookies to improve your experience while you navigate through the website. Out of these, the cookies that are categorized as necessary are stored on your browser as they are essential for the working of basic functionalities of the website. We also use third-party cookies that help us analyze and understand how you use this website. These cookies will be stored in your browser only with your consent. You also have the option to opt-out of these cookies. But opting out of some of these cookies may affect your browsing experience.
Necessary Always Enabled
Necessary cookies are absolutely essential for the website to function properly. These cookies ensure basic functionalities and security features of the website, anonymously.
Functional
Functional cookies help to perform certain functionalities like sharing the content of the website on social media platforms, collect feedbacks, and other third-party features.
Performance
Performance cookies are used to understand and analyze the key performance indexes of the website which helps in delivering a better user experience for the visitors.
Analytics
Analytical cookies are used to understand how visitors interact with the website. These cookies help provide information on metrics the number of visitors, bounce rate, traffic source, etc.
Advertisement
Advertisement cookies are used to provide visitors with relevant ads and marketing campaigns. These cookies track visitors across websites and collect information to provide customized ads.
Others
Other uncategorized cookies are those that are being analyzed and have not been classified into a category as yet.
SAVE & ACCEPT
Loading...
Loading...